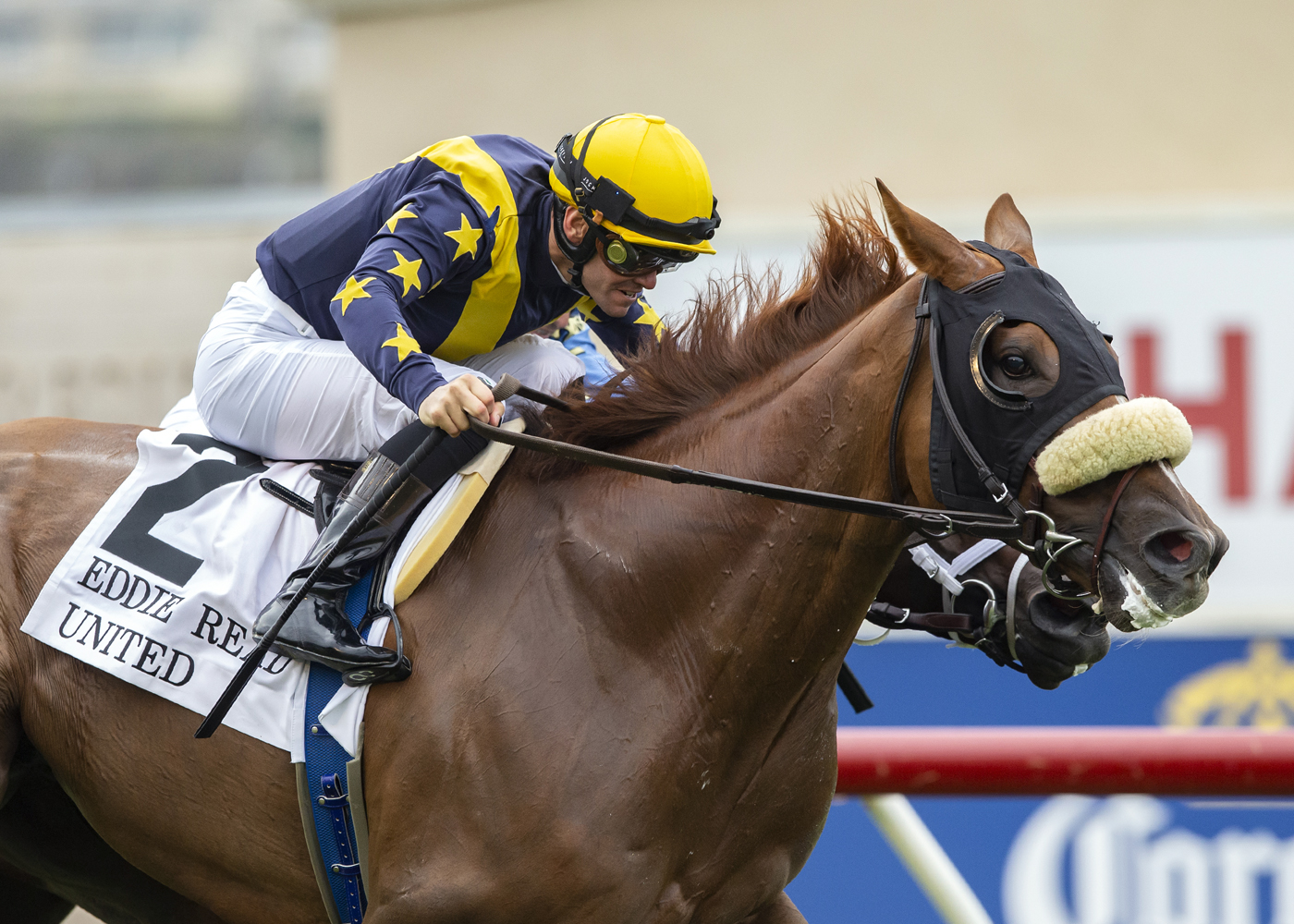 Four Graded stakes, each eligible to be a card topper on a given day, instead will provide a first-rate “undercard” for Saturday’s TVG Pacific Classic Day at Del Mar.

Topping the quartet are a pair of $300,000 offerings – the Grade I Del Mar Oaks for 3-year-old fillies and the Grade II Del Mar Handicap presented by The Japan Racing Association. The former is run at nine furlongs on grass, while the latter goes at a mile and three eighths on the green for 3-year-olds and up.

Also on the agenda is another $300,000 Grade II special, the Del Mar Mile on the main track. The fourth stakes is the Grade III, $100,000 Torrey Pines Stakes for sophomore fillies traveling a mile on the dirt.

The Oaks has lured a field of nine including a pair of shippers: Head of Plains Partners’ Fluffy Socks in from New York and Yuesheng Zhang’s Soaring Sky aboard from her native Ireland.

The Del Mar Handicap will bring out 10 competitors and sets up for a clash of titans between two of the best grass route horses in the country in LNJ Foxwoods’ United and Donegal Racing, Bulger and Coneway’s Arklow.

Six will go hard and heavy at the classic flat mile in the Del Mar Mile and each and everyone of them is a major stakes winner. Their purse earnings got past the $5.4-million mark and they’re all seasoned racehorses eligible to fire a big shot Saturday.

In the Torrey Pines, seven will face the starter, each of them eyeing their first graded stakes score. The Fast Anna filly I’m So Anna has the most bragging rights in the group currently with a pair of Cal-bred stakes on her ledger and $289,740 in the bank.

The key prep race for the Del Mar Oaks is the Grade II, $150,000 San Clemente Stakes, run at Del Mar at a mile on the turf on July 24. The one, two, three finishers from the race -- Kaleem Shah’s Madone, Dubb, Gevertz or Nentwig, et al’s Going Global and Slam Dunk Racing or Platts’ Tetragonal – are all back to try their luck in the more demanding and more lucrative Oaks.

The likely battle royale between United and Arklow in the Del Mar Handicap will be a fitting nitecap to a delicious day of racing. The pair of turf behemoths bring plenty of bragging rights to the race:  United, a 6-year-old gelding by Giant’s Causeway, has won nine races and $1,675,549. He was second, beaten a head, in this race last year. Arklow also has won nine races, but his bankroll goes past his chief rival at $2,755,746. The long-winded stretch kicker shipped to Del Mar last fall and made short work of the Hollywood Turf Cup at a mile and a half. Both runners will have their regular riders – Flavien Prat on United and Florent Geroux on Arklow.

The Del Mar Handicap is a Breeders’ Cup “Win and You’re In” Challenge race that guarantees the winner all expenses paid admission into the $4 million Breeders’ Cup Turf, which will be run at Del Mar on Saturday, November 6.