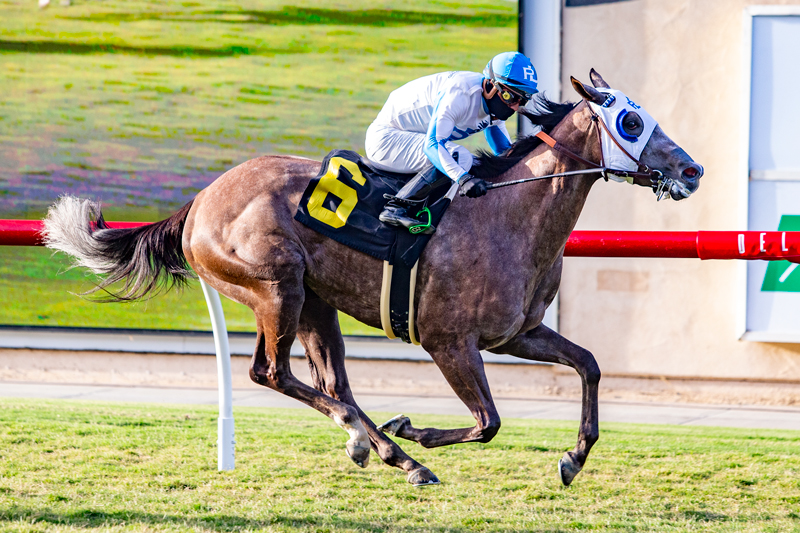 Leggs Galore, a Ship & Win winner at Del Mar in 2020, continues to race on the Southern California circuit. © Benoit Photo

Del Mar’s highly successful Ship & Win program will increase to record levels this year as part of the seaside track’s 82nd season which kicks off on Friday, July 16.

The purse bonuses extend to additional starts at the summer meet and are designed to enhance all purses won by first through fifth finishers. Further, should a Ship & Win horse be claimed out of its first outing and subsequently run back at the meet, the original owner will receive all bonuses.

“The Ship & Win program has been essential to Del Mar’s racing program and for racing in California,” said Del Mar’s racing secretary David Jerkens. “Our local owners and trainers are our biggest backers of the program, providing over 70% of the runners. Doubling the bonus levels this year has got people really excited. My phone is ringing off the hook.”

Del Mar has been working in conjunction with Santa Anita to attract runners to Southern California and this year the seaside track will extend purse benefits to a horse which makes its initial Ship & Win start in either May or June at Santa Anita. Further, that same horse may make up to two starts during that period and still have its purse benefits extended through the Del Mar summer meet.

The simple rules for Ship & Win runners are as follows:

Those with questions concerning the program are encouraged to contact Jerkens or Del Mar’s executive vice president for racing Tom Robbins at (858) 792-4230 or via e-mail: david@dmtc.com or tomr@dmtc.com.

In February Del Mar announced a major purse increase for the 2021 season. The track expects to average more than $700,000 per day in purses. Del Mar will begin its 31-day summer meet on July 16 and race through Labor Day Monday, September 6.