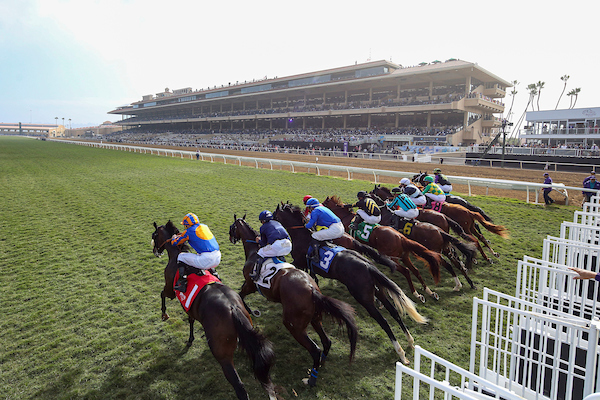 Del Mar brought to a close its 2021 racing calendar on Sunday with the conclusion of its eighth Bing Crosby Season adding additional luster to its robust summer stand. Between them, the pair totaled an exceptional combined final wagering mark of $943.49 million, a record for the seaside oval.

The track could point to many other positives throughout the 2021 year – the return of racing fans, exceptional purses for its horsemen, hosting another record-setting Breeders’ Cup among them. But the standard the track is proudest of is its continuing mark as America’s safest major racetrack. Only one horse was injured catastrophically in the 426 races and 3,552 starters that performed during the two sessions, a mark that is unmatched in the country.

Del Mar Thoroughbred Club’s CEO, Joe Harper, said he was extremely pleased by events at his track over the year. “I am exceptionally proud of our team and seeing all their hard work come to such wonderful fruition over the course of the two seasons,” he said. “We put on a helluva Breeders’ Cup show once again; we were at our best for the best. And we’re safe, very safe. That’s just the best of all.”

“The racing world once again got to see what we’re spoiled with every year – one of the best operations in the industry,” said Gary Fenton, chairman of the Thoroughbred Owners of California. “Breeders’ Cup kicked off another wonderful meet and we’re so grateful for the entire DMTC team. TOC couldn’t ask for a better partner.”

The track’s Ship & Win program – where it encourages horsemen and horsewomen to bring their runners to Del Mar for both of its seasons and has proven to be one of the great thoroughbred magnets in the country – had another banner session. Sixty-seven new runners came to town this fall under the program with six of them making a second start during the Bing Crosby Season. All told, 1,885 “S&W” runners have come to California since the program was put in place 11 years ago.

Its fall Turf Festival again drew high-class runners from across the land to compete in its seven-race stand over the final weekend of the meet. More than a dozen stakes aces shipped in to take on the local runners in the rich events.

Racing will return to Del Mar next July 22 for the track’s 83rd summer season.