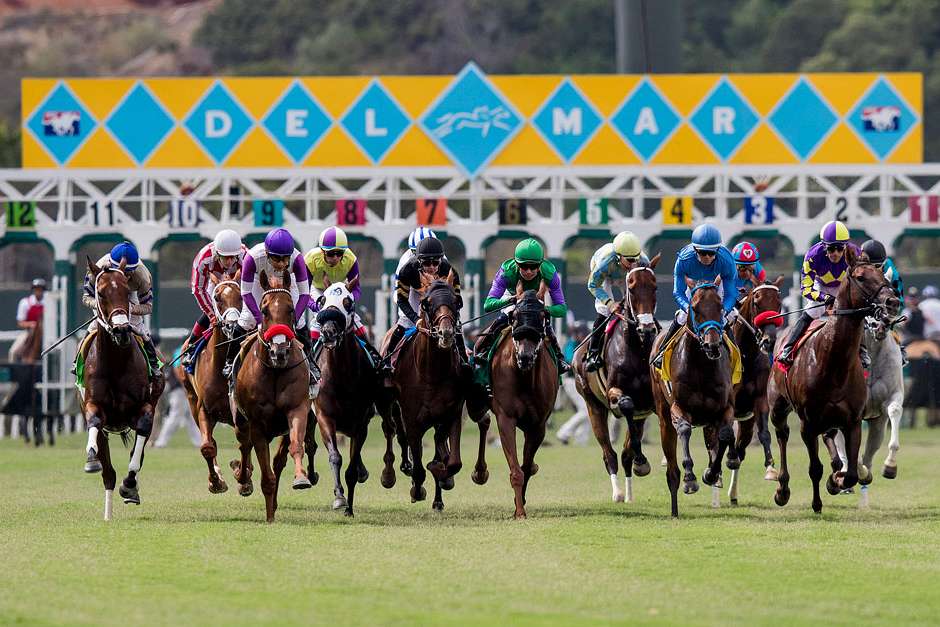 Del Mar will conduct its 81st summer racing season between July 10 and September 7 featuring a 38-race stakes schedule offering more than $5.5 million in purses. The meet kicks off on a Friday and will feature the traditional Opening Day headliner, the $100,000 Runhappy Oceanside Stakes, a grass mile for 3-year-olds that leads off the track’s turf series for sophomores.

The overall stakes slate consists of 32 stakes that carry purses of no less than $100,000, along with six overnight stakes, each worth $65,000. Twenty-one of the stakes are Graded – six at Grade I, 11 at Grade II and four at Grade III. Eighteen of the stakes will be contested on the track’s Jimmy Durante Turf Course, while the other 20 will be offered on the main track.

The $100,000 Shared Belief Stakes (August 1) for 3-year-olds will take on added importance this year as it will serve as a significant stepping stone to the Kentucky Derby, which due to COVID-19 has been rescheduled to run on Saturday, September 5. The Shared Belief has been lengthened from one mile to a mile and one-sixteenth and now will offer the all-important Kentucky Derby qualifying points (50-20-10-5) to the first four finishers.

“It’s nice to offer local horseman who have horses on the Kentucky Derby trail the option to stay home and not have to ship out of town to earn Derby qualifying points,” said Tom Robbins, the head of Del Mar’s racing department in his role as executive vice president of racing. “Overall, I’m happy to report we’re presenting a very similar stakes schedule that our horsemen have been used to over the past several years. We again will feature a blockbuster TVG Pacific Classic Day card with five Graded stakes in one afternoon. And, certainly, to offer 38 stakes over 28 days of racing is impressive anyway you look at it.”

As in previous summers, five of the track’s key stakes have been scheduled as Breeders’ Cup “Win and You’re In” races, meaning a victory in any of them will guarantee the winning horse an entry – with all fees paid – in the corresponding BC divisional race, along with a travel bonus if necessary. The TVG Pacific Classic is a “Win and You’re In” race that assures entry into the $7 million Breeders’ Cup Classic. So, besides the winner’s share of the purse, the victorious TVG Pacific Classic horse also has his or her entry fee to the BC Classic covered – a sum of $150,000 – as well as the promise of a possible travel bonus of either $10,000 (nationally) or $40,000 (internationally), as appropriate. The two-day Breeders’ Cup program this year will be presented at Keeneland in Lexington, KY on November 6 and 7 and then will return to Del Mar in 2021.

The other four “Win and You’re In” races are the Bing Crosby (guaranteeing admission to the $2 million BC Sprint); the Clement L. Hirsch ($2 million BC Distaff); the Del Mar Handicap ($6 million BC Turf), and the Grade II, $150,000 Pat O’Brien Stakes on August 29 ($2 million BC Dirt Mile.)

Del Mar will race on a Friday-Saturday-Sunday schedule throughout the meet, while adding in a closing day Monday, September 7, which is Labor Day. First post daily will be 2 p.m.