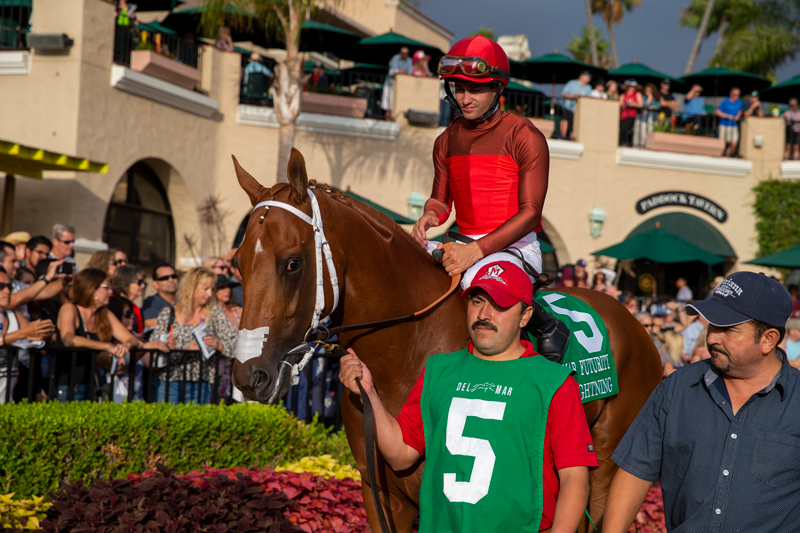 Del Mar will present a unique “juvenile bonus” to horsemen who run 2-year-olds in open maiden special weight races this summer at the seaside track, offering a 25% boost to purse winnings on top of their regular payouts.

There are two provisos that go with the arrangement: The races can be run short or long, but must be run on dirt. And in order to qualify for the bonus monies, the trainer involved must have fewer than 50 horses stabled in Southern California.

“What we’re primarily trying to do with this ‘bonus’ plan is to encourage our ‘smaller’ outfits to get quality 2-year-old runners and enter them in our key building block events for our young horses,” said Tom Robbins, Del Mar’s executive vice president for racing. “Our ‘big’ trainers – about a half-dozen or so guys who have large strings on the circuit – understand what we’re doing with this program and are in favor of it. They want and need competition to make those key maiden special weight races go, so this kind of encouragement works for both the big guy and the little guy.”

Robbins noted further that the “juvenile bonus” also applies toward “Ship and Win” horses brought in from out-of-state who are eligible for the races. The “S & W” bonus this year is at 40% for a horse’s initial start at Del Mar (along with an automatic check for $2,500 for making that start), which means that that $61,000 purse can become $85,400 for a “S & W” runner, and could finally land at $100,650 for a horse that qualifies both in “S & W” and “juvenile bonus” categories.

Last summer, Del Mar ran 18 maiden special weight races on the dirt. The track offered about a third that number of straight maiden races on the grass. It would like to equal or surpass those numbers in 2019.