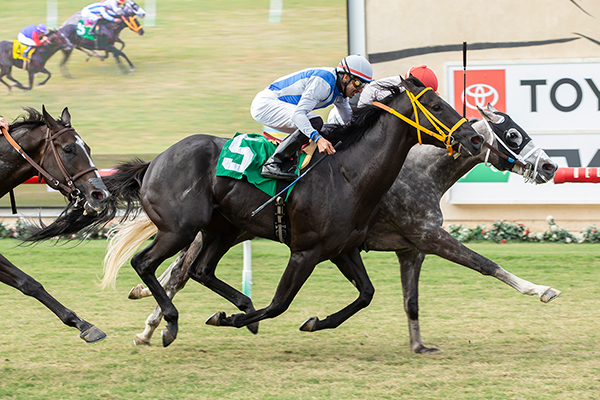 A single Pick Six player was “kissed in” in the 7th and final race this afternoon when the Del Mar stewards disqualified the apparent nose winner Jamming Eddy and moved up the second-place finisher Asaro in the one-mile grass test for California-bred maidens.

That single ticket holder, who made his/her bet at the Lake Elsinore satellite in the amount of $960, collected $373,586.

Asaro, who is owned by Matson Racing, Bamhart or Naify, et al, was ridden by Edwin Maldonado and saddled by trainer Karen Headley. It was her first starter at the meet. Asaro paid $37.80 for the win.

Coming into the day, the Pick Six “Jackpot” had not been hit through 15 cards in the first three weeks of the shore season. The carryover pool stood at $306,660. The overall Pick Six pool for Wednesday afternoon – the “fresh money” -- was $103,166.

This is the first time since the “Jackpot” form of Pick Six betting was established in the fall of 2017 that a Pick Six has been won on a disqualification.