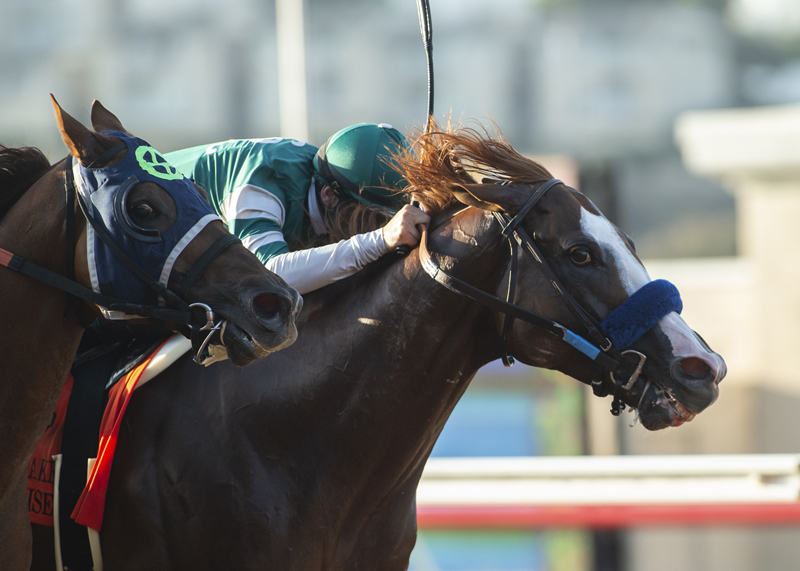 Catalina Cruiser, who completed the unprecedented double of winning the San Diego Handicap and Pat O’Brien Stakes two years in a row, was selected Del Mar’s Horse of the Meeting for the 80th summer session by a vote of the media.

Trained by John Sadler, owned by Hronis Racing and ridden by Joel Rosario in the San Diego and Flavien Prat in the Pat O’Brien, the 5-year-old chestnut Kentucky-bred son of Union Rags won the 1 1/16-mile San Diego by a length and fought to a head victory in the seven-furlong Pat O’Brien.