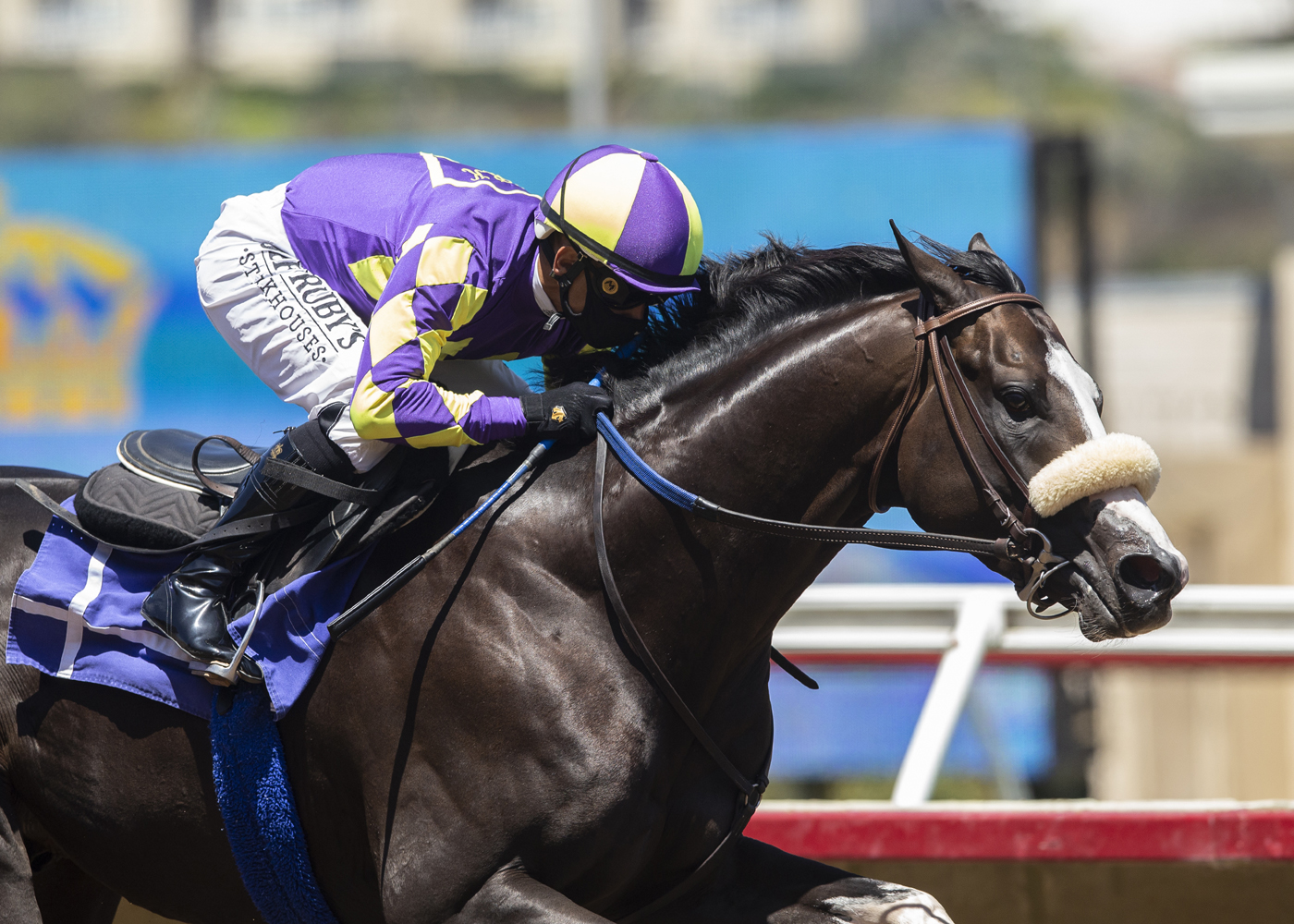 C R K Stable’s Honor A.P. went through his final Kentucky Derby prep Saturday at Del Mar at 12:45 in the afternoon on a bright, sunny day over a fast track.

The ridgling son of Honor Code was sent seven furlongs with his Derby rider, Mike Smith, up and his trainer, John Shirreffs, looking on from the track’s Clubhouse box section. His final time for the move was 1:27.20.

“I just wanted an easy seven eighths,” Shirreffs said. “He got it; we’re good to go. Now we just need a bit of luck. You need some of that in that race.”

Since running second in the Shared Belief Stakes here on August 1, the grandson of the late champion and superior stallion A.P. Indy now has had four workouts at Del Mar in preparation for his mile and a quarter debut next Saturday.  His last three --:59.40 Aug. 15, 1:00.20 Aug. 22 and today’s drill – all have been accomplished in the early afternoon with Hall of Famer Smith up.

Smith and Shirreffs combined to pull off a 50-1 shocker in the 2005 Kentucky Derby with Giacomo. Honor A.P., who won the Santa Anita Derby in June, is expected to be one of the shorter betting choices for the Run for the Roses behind the likely stout favorite Tiz the Law.

C R K Stable is the nom du course for Lee and Susan Searing of Clairemont, CA, who have raced horses since 1966 but will be taking their first shot at the Kentucky Derby this year. They paid $850,000 for Honor A.P. at the Saratoga Select Yearling Sale in 2018 and he now has won $382,200 in purses for them.