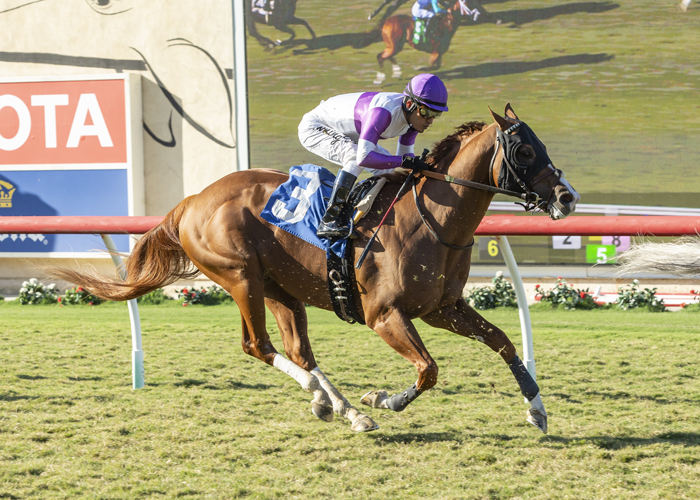 In only his second race in two years, Reddam Racing’s Mrazek, winner of the Graduation Stakes as a two-year-old in 2015, took command turning into the stretch and went on to win Del Mar’s feature event Thursday, a five-furlong sprint on the grass course.

With jockey Mario Gutierrez in the saddle, Mrazek, a five-year-old son of Square Eddie trained by Doug O’Neill, hit the wire two and one-quarter lengths in front of 2-1 favored Eric the Trojan, with Little Juanito third in the field of nine horses. Time for the dash was :56.11.

Reddam Racing and Gutierrez came back in the day’s eighth and final race to win with Conformation, paying $9.20.

Flavien Prat and trainer Phil D’Amato combined to win two races, with Tiny Tina, $16, in the third and Air Strike, $4.80 in the fourth.