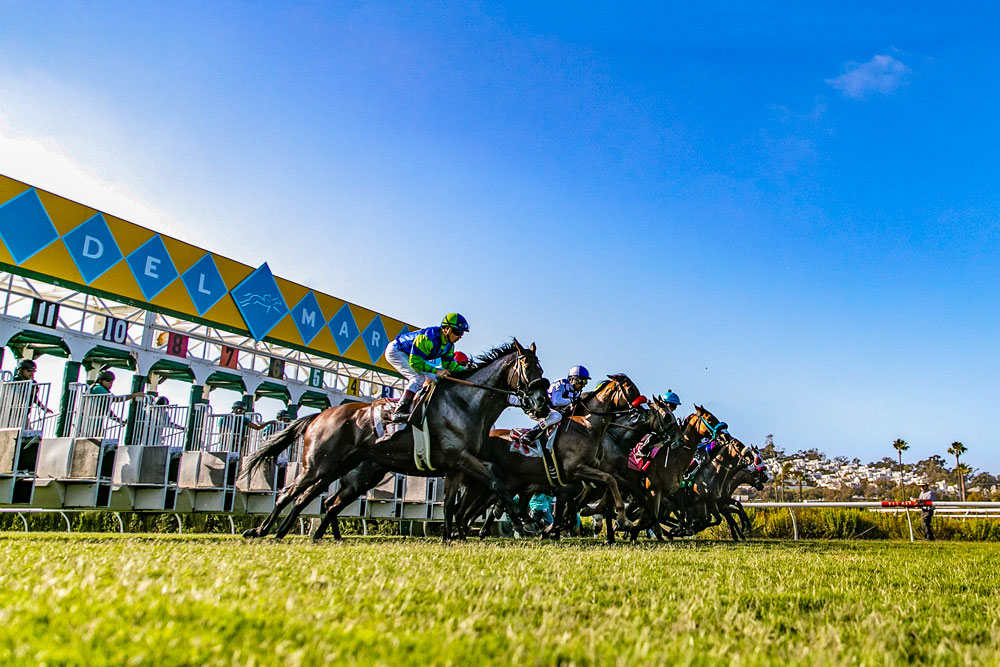 All sources handle in 2018 rose 6.8% to $13.44 million per day as Del Mar completed a highly successful summer season - its 79th - on Labor Day Monday.  The wagering increase follows a 5.1% gain in all-sources handle in 2017, which averaged $12.58 million.  The strength of the 2018 summer racing program and the increase in field size helped drive a 10.8% increase in wagering by out-of-state patrons and a 14.1% increase in betting by California ADW customers.

“Across the board, we’ve hit all our marks with a wonderful display of teamwork in a group effort,” said DMTC CEO Joe Harper. “Our owners, our trainers, our jockeys – everyone is pulling their oars in the same direction. It is amazing what positive things can happen when we all get on the same page to put on a first-rate show. The bar was set very high in 2017, but here we’ve gone and jumped far over it in a very gratifying summer.

Field size, which averaged 8.7 runners per race, rose again over the seven-week season, just as it had the year before.  Del Mar’s highly successful “Ship & Win” program drew 105 new runners to the track from out-of-state.  Since its inception in 2011, the “S & W” plan has lured more than 1,200 runners to Del Mar.

“The response from our horsemen and horsewomen to our program at Del Mar has been just terrific,” said executive vice president for racing Tom Robbins. “We have a wonderful partnership going right now and we’ll continue to work to make it even better.

“And our track crews - headed by Leif Dickinson on our turf course and Dennis Moore on our main track - have been nothing short of exceptional. Their superior work has allowed us to conduct highly competitive and safe racing throughout the summer and we all owe them a huge thank you. We dedicate significant off-season time and resources to preparing the surfaces for their best and it is heartening to see such positive results.”

Foremost among the exceptional racing that unfolded over the course of the summer was a dominant win by Hronis Racing’s Accelerate in the $1-million TVG Pacific Classic. The Hronis outfit and their trainer, John Sadler, also cut loose one of America’s rising stars in Catalina Cruiser, who pulled off a stakes double with impressive tallies in the San Diego and Pat O’Brien. Then there were a series of 2-year-old stars led by the Bob Baffert-trained and Gary and Mary West-owned Game Winner, victorious in the Grade I Futurity.  Bellafina, conditioned by Simon Callaghan for the silks of Kaleem Shah, was the meeting’s top juvenile filly, winning the Grade I Debutante.

“On behalf of the California horse owners, we couldn’t be more pleased with the results at Del Mar”, said Nick Alexander, Chairman of the Thoroughbred Owners of California.  “We congratulate the Del Mar management team and staff on a job well done. It was an outstanding summer and we look forward to returning later this fall.”

Del Mar’s spectacular presentation of the Breeders’ Cup in 2017 earned it a return performance of the championship event in 2021, an announcement that was made at the track in August. The track will now take a short respite before returning for its fifth fall race meeting between November 9 and December 2.