The 152nd running of the $1,000,000 Belmont Stakes (Grade I), will be the opening leg of the Triple Crown for the first time in history and is set for Saturday, June 20, 2020 at historic Belmont Park in Elmont, New York.

BET ON THE BELMONT STAKES

Through 1996, the post parade song was "Sidewalks of New York". From 1997 to 2009, the audience was invited to sing the "Theme from New York, New York" following the call to the post. In 2010, the song was changed to a solo version of Jay-Z's "Empire State of Mind" before reverting back to "Theme from New York, New York" for 2011 through the present. This tradition is similar to the singing of the state song at the post parades of the first two Triple Crown races: "My Old Kentucky Home" at the Kentucky Derby and "Maryland, My Maryland" at the Preakness Stakes.

The August Belmont Memorial Cup is a silver bowl and cover made by Tiffany & Co. The figure of 1869 Belmont winner Fenian sits atop the cover, and the bowl is supported by the figures of Herod, Eclipse and Matchem - the three horses who represent the respective grandsons of the three foundation sires of thoroughbreds: the Byerly Turk, the Darley Arabian and the Godolphin Barb. Of these, the lineage of Eclipse is predominant in the modern thoroughbred. The trophy was presented by the Belmont family as a perpetual award for the Belmont Stakes in 1926. The winning owner may keep the trophy for a year until the next Belmont winner is crowned. The winning owner, trainer, and jockey also receive a silver miniature of the August Belmont Memorial Cup. 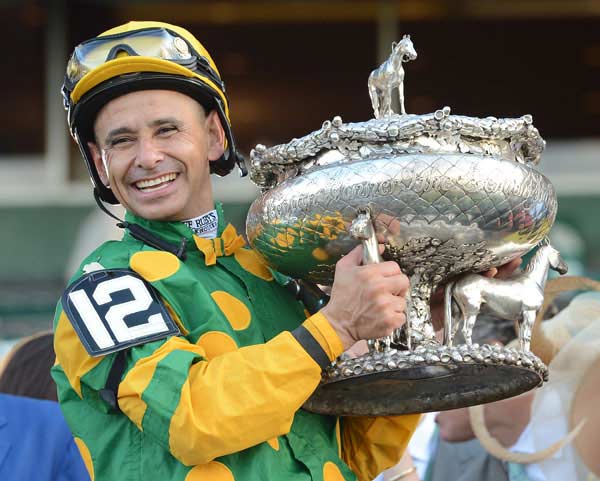 White carnations represent love and luck, and they are the traditional flower of the Belmont Stakes. It takes about 700 carnations to create the 40-pound blanket which is draped over the winner. NYRA florist Tony Green and his team glue each flower in staggered rows to seven yards of green velvet cloth, folded and sewn to give it the heft to shape and support the carnations. It takes Green about five hours to make the blanket on race day. He also makes one for the Secretariat statue in Belmont's paddock. 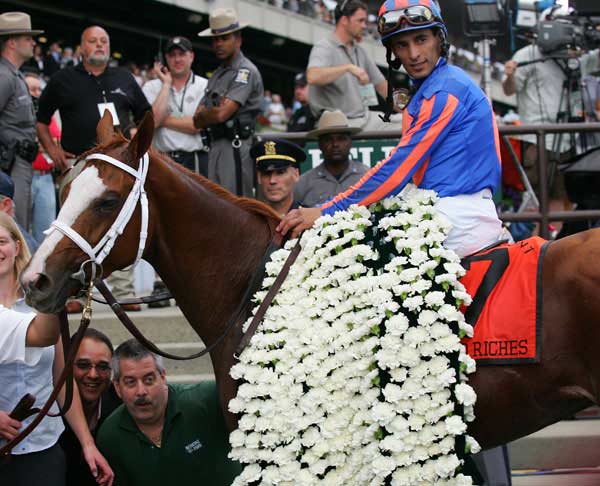 In past years, the official drink has been the Belmont Breeze, but for reasons unknown it was converted to the Jewel in 2011. The two are both bourbon cocktails, though the Breeze features orange and cranberry juices, plus a splash of sherry. 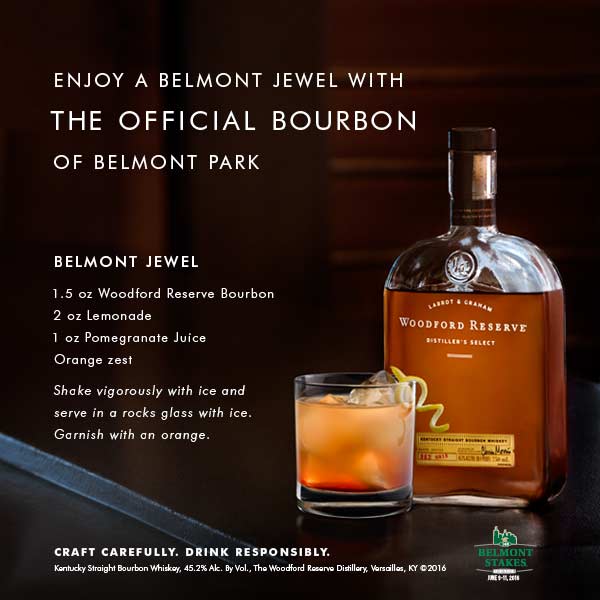 BET ON THE BELMONT STAKES